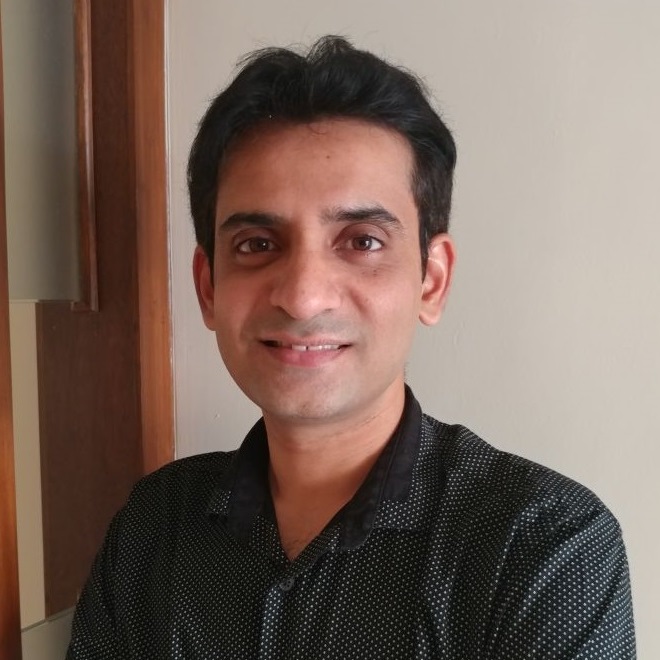 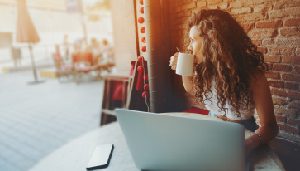 Home > Blog > What Will The Future Of Gig Economy Jobs Look Like?

The past decade has seen a paradigm shift in the way we travel and do business. Companies like Uber have made it extremely easy for passengers to hail a cab to their doorstep with the click of a button. Marketplaces like Upwork and PeoplePerHour help businesses find freelancers to do their jobs for a fraction of the price of salaried employees. Services like Airbnb allow homeowners to lease their properties to travelers thus bringing down the average cost of a hotel stay.

Gig work is now the new reality for many workers. Research from Pew Research Center found that almost a quarter of all Americans have reported making money from the online platform economy otherwise known as the gig economy. Workers are taking advantage of the internet and choosing a more flexible career.

In this article, we will take a look at what this emergence of the gig economy means to employers and the workers and how this will change the face of our economy.

What is the gig economy?

A gig economy is simply defined as a labor market that is characterized by the prevalence of short-term contracts or freelance jobs as opposed to permanent jobs. In other words, the gig economy is the emergence of a work culture that does not bind a worker to any particular employer. Instead, the gig economy allows a worker to take on contracting roles with any employer who is willing to hire them for a particular project or duration of time. 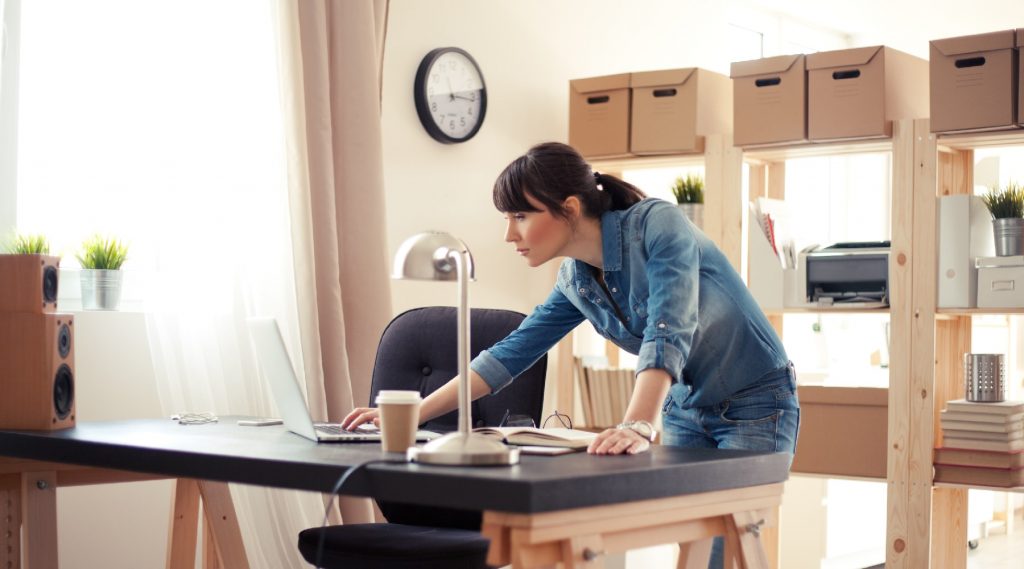 Because of the nature of the employer-worker relationship, the gig economy does things a little different from traditional salaried jobs:

What is a gig worker

A worker in a gig economy is referred to as a gig worker. For the most part, a gig worker essentially provides a service. An Uber driver, for instance, provides transportation as a service while an Airbnb host provides hospitality as a service. The income of a gig worker may depend on one or more of the following factors.

How is a gig worker different from a salaried worker?

Due to the fundamental differences in the employer-employee relationship, a gig worker plays by rules that are different from those binding a salaried employee.

Why gig economy is the future

According to a 2015 report published by the US Bureau of Labor Statistics, one in three Americans make a living through the gig economy. This figure is expected to increase by ten percentage points in just the next couple of years.

There are many reasons why the gig economy is booming despite the absence of traditional job security. A survey of 100 large employers with over 10,000 employees each published by the American Health Policy Institute shows that the push towards a gig economy is coming, not from the workers, but from employers. A primary reason for this is cost saving. The companies surveyed by the AHPI were expected to collectively spend over $186 billion in ten years towards employee healthcare. By switching to gig workers, companies could save a significant chunk of this expense.

This does not mean gig workers get a raw deal. The survey further found that nearly 20% of freelance workers made $50,000 or more in a year while close to 4% made six-figure income annually through gigs.

As more and more businesses turn to gig workers for their projects, the number of workers making a full-time living through gigs is only going to increase.

Hiring top-quality workers for your organization remains one of the biggest challenges for Human Resources today. This is not likely to change under the new gig economy. However, the switch to gig workers can pose a few challenges to organizations:

In short, the gig economy rewards high performing workers while penalizing lower quality talent. While employers are likely to handsomely reward workers who do a great job, they are also more likely to fire workers who do not meet their objectives. This could create a more competitive environment among workers since it is now a survival of the fittest.

Given that the average duration that a worker stays with an employer is likely to come down with the gig economy, the cost of hiring is likely to come down too. However, assessing the quality of a worker does not come cheap. Employers are thus likely to start increasingly reliant on third-party tools for evaluating worker quality. There are a number of different ways this can be done:

As the gig economy works, employers will reduce the time it takes to filter candidates and instead would start relying on third-party certifications and algorithms to find the best candidate for their tasks.

Training and collaborating with gig workers

Organizations typically spend thousands of dollars each year on training their employees and improving their skill-sets. In the gig economy, the onus of training and staying abreast of the latest technologies lie with the worker.

Employers, however, will still need to onboard their workers before they can begin working on new projects. These onboarding sessions will involve training the workers on the various frameworks used by the organization, explaining the background of the project requirement as well as building a relationship between the employer and the worker. This last part is especially valuable for technology projects where the worker is located remotely and may be involved in the project for an extended duration of time.

The emergence of the gig economy will see a rise in the number of structured, industry-specific communication tools that will help employers collaborate with multiple remote workers through a uniform platform that permits communication over multiple mediums like video, audio, and text without cluttering the channel. These tools shall be customized to a specific industry making collaboration easy.

For instance, medical industry gig workers shall have the ability to quickly upload/download health records without violating HIPAA regulations while web designers shall have access to collaboration tools that enable easy sharing of large size design files with fellow collaborators.

Interested in a communication tool for your organization? Replace text messages and email with the all-in-one workforce management app Deputy. With Deputy, employers and employees can easily communicate from anywhere as well as the ability to track tasks, schedules, and time. To learn more, set up time with one of our reps for a customized demo to see it in action.

As pointed earlier in this article, employers do not invest in worker training or skill-sets in the gig economy. The high cost of training that workers have to undergo could lead to what is called ‘job stratification’. In short, there will be a greater emphasis among workers to become specialists in very specific job activities instead of mastering multiple skills and technologies. By focusing on very specific skills, these workers are in a better position to charge high rates for their tasks. This strategy can, however, be myopic since the long-term viability of the gig economy depends on the worker’s ability to reskill and upgrade their talents.

Another challenge with the current gig economy is that it is entirely reliant on the platform. A driver relies on Uber or Lyft for rides while a homeowner is completely dependent on a service like HomeAway for their guests. The best gig economy jobs are those that are platform-agnostic. 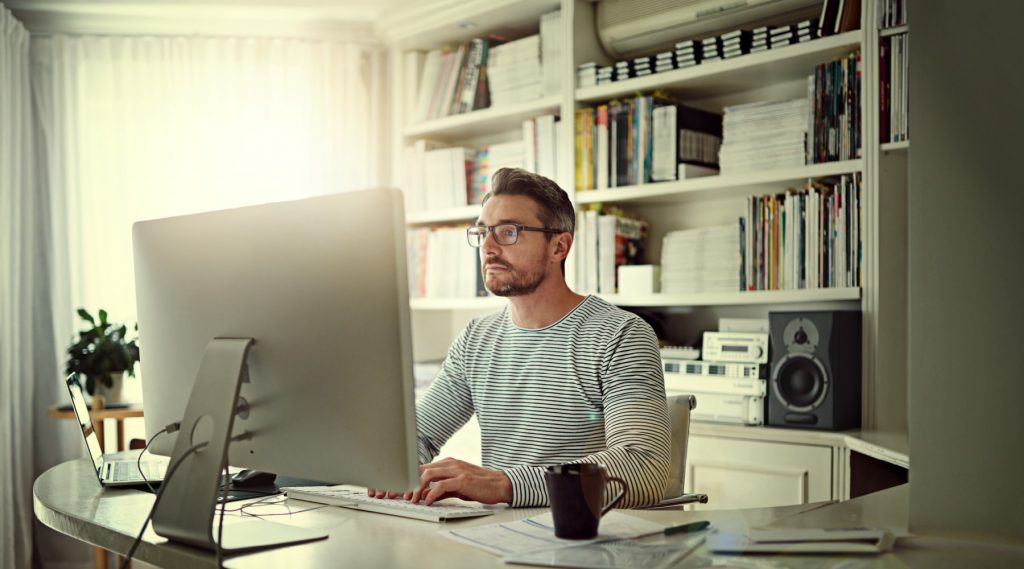 In addition to these, there are a few other industries that are vulnerable today because of the platform-centric nature of their business. Below are a few of the best gig economy jobs:

The best gig economy jobs are those that are not stratified and are platform agnostic. Industries like accounting, legal, consulting, advertising, and telesales are likely to be the most promising in the gig economy since they rely on the worker’s skill and rounded expertise rather than the success of a platform to generate income.

For the full list of the best gig economy jobs, check out this blog.

As we see earlier in this article, the current push for gig economy comes from employers who see it as a way to save costs and reduce liability. But as more and more gig workers enter the system, their leverage is expected to increase and this is expected to change the working conditions, as they prevail today.

One of the most significant changes is likely to come in the form of better regulations that favor workers. Late last year, a British tribunal ruled that Uber drivers were not contractors, but employees of the organization and this entitled them to privileges like minimum wage and vacation pay. Similar rulings are expected for other gigs where workers are still at the mercy of the employers for basic working amenities.

At the same time, more stringent regulations in favor of gig workers makes them more expensive to hire and narrows the gap between full-time employees and gig workers. In this scenario, a good number of employers are likely to take a step back from the gig economy and go back to hiring full-time employees. The ideal future is one where there is a healthy balance between workers in the gig economy and the traditional 9-to-5 worker.

Are you a gig worker? What challenges have you encountered? How did you solve those challenges? Let us know in the comments!

Anand Srinivasan Anand Srinivasan is the founder of Hubbion, a suite of free business apps and resources. Their project management app has been ranked among the top 20 in its category by Capterra. 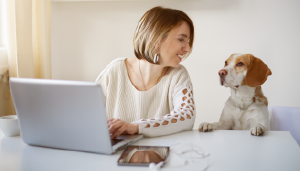